I downloaded the newest file from the webpage (thanks to previous post:) and got the library into my sketchbook folder.

However, when I tried to compile on my home MacBook, I kept getting this error:

:26: fatal error: sysattribs.h: No such file or directory compilation terminated.

Then, went to the MPIDE Icon, held down Control+ click and went to "Show Package Contents" 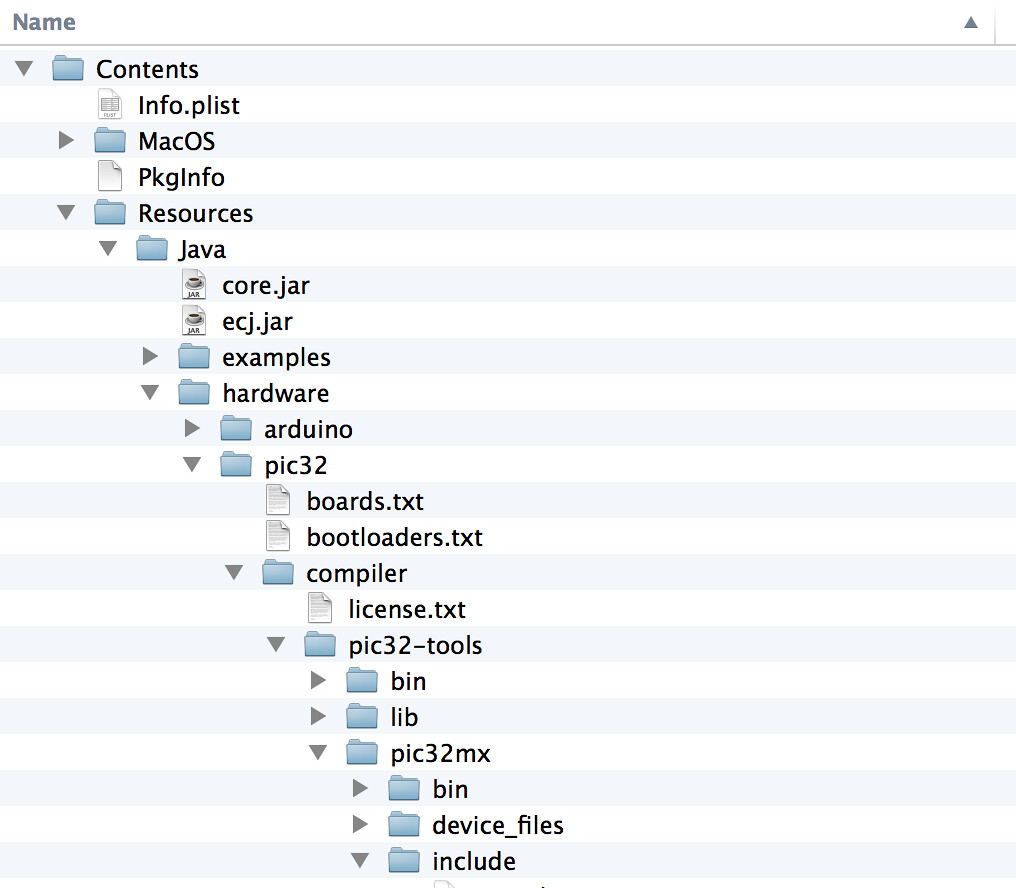 ... and verified that the file was there. 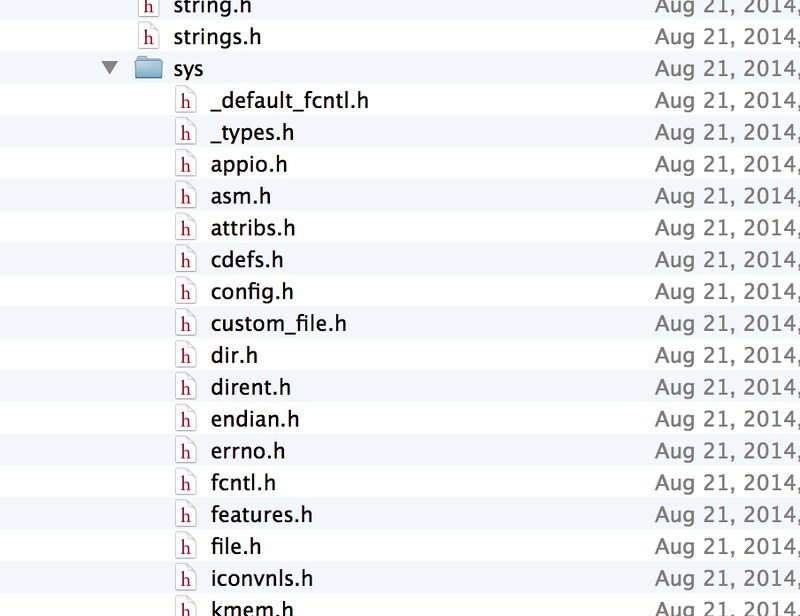 So I grabbed the sysattribs.h:
and put it into my search bar.

and came up with the file OLEDDriver.cpp
that had it directly referenced. 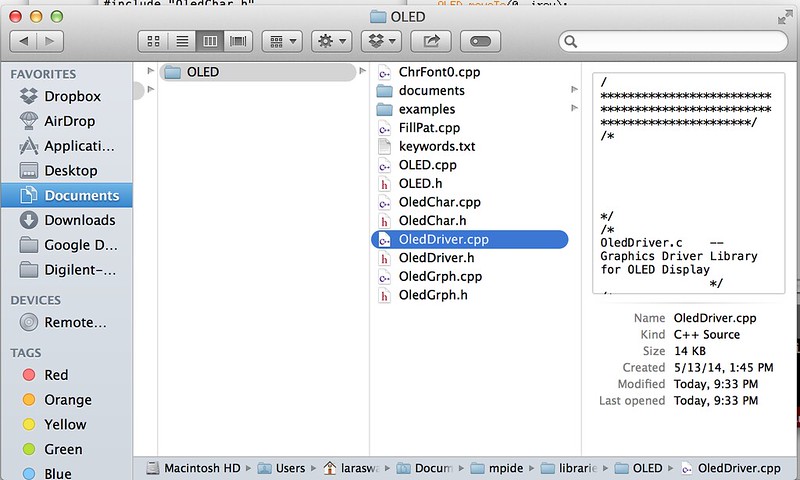 Opened the file up +
found sysattribs.h and it was oddly the only include with a directory slash...
<sysattribs.h> 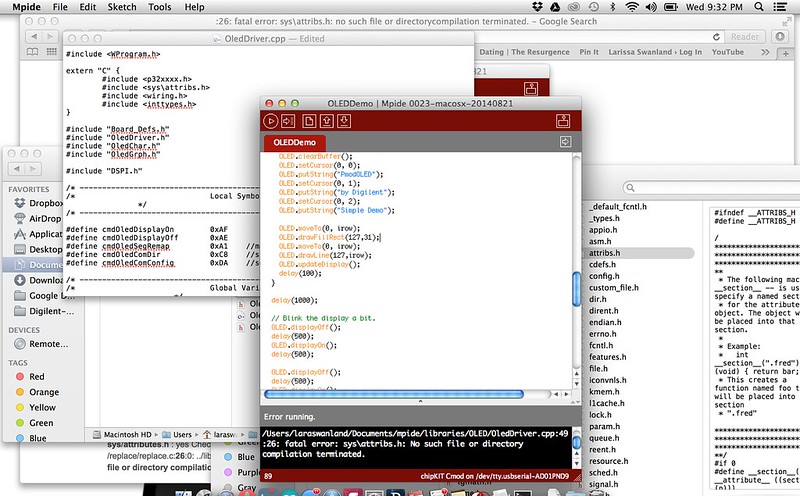 Tried a few things, but it turns out if you switch the direction of the slash... and hit save...
the file will compile. 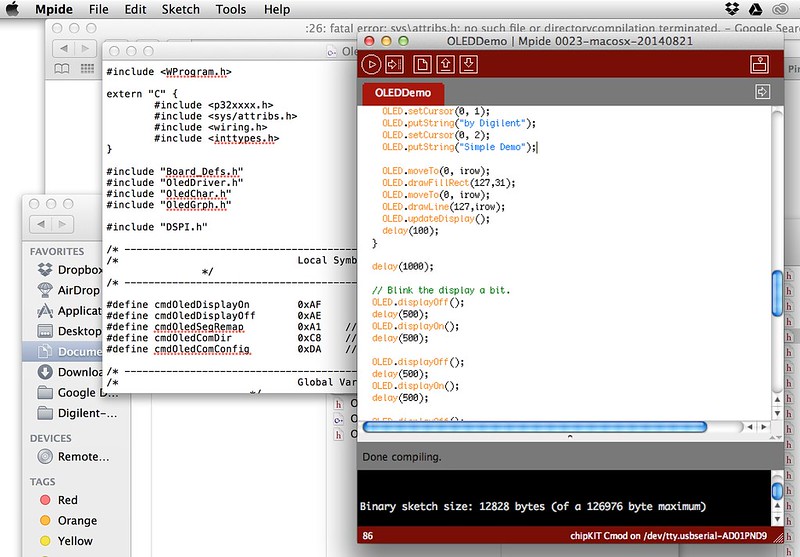 So change the <sysattribs.h> to

My thoughts is that there may be a weird syntax that Windows uses that can use the forward-slash, but Mac (and maybe Linux) can't use it?

Is this something other people have noticed?