HI,
I am trying to figure out if the OLED Pmod can work with the chipKIT Cmod.

Code was taken directly off the Pmod OLED web page.

In one version of the demo code -- the Cmod is not mentioned.


IN a near identical version (on the same page), the Cmod IS mentioned. 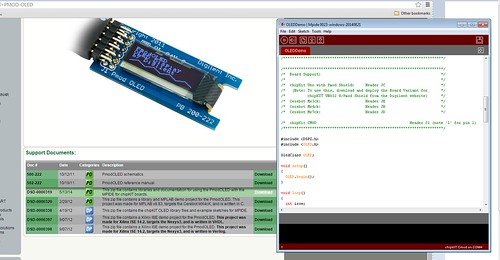 Both demos have OLEDdemo as the sketch.
Neither of them work when I have the Pmod OLED plugged into J1 of the Cmod.

Can someone take a look at which library is correct?
and if the Pmod OLED can work with the Cmod?